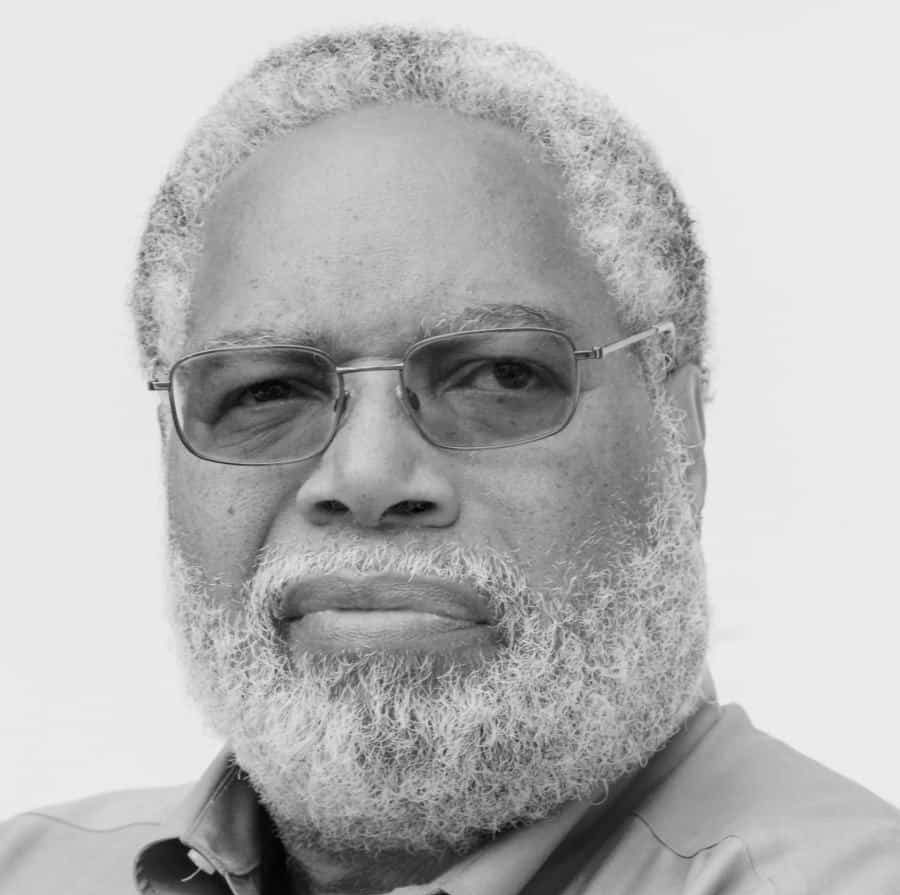 Lonnie Bunch, who oversees a host of museums and libraries, says the role of cultural institutions is to make people “feel comfortable with nuance and complexity.”

In 2005, Lonnie G. Bunch III became the founding director of the National Museum of African American History and Culture. There was just one problem. The museum did not yet exist. There was no collection, no funding, no site, and just one employee. Just over a decade later, the museum opened on the National Mall in Washington, D.C., to rave reviews and huge crowds.

Last year, Mr. Bunch became the secretary of the Smithsonian Institution, overseeing the museum he founded, along with a few dozen other museums and libraries, and even the National Zoo.

The coronavirus pandemic has shuttered those institutions for the time being, but Mr. Bunch has stayed busy. The Smithsonian is launching new digital tools intended to facilitate a dialogue about race, and Mr. Bunch is engaged in the debate about the removal of controversial statues and monuments.

This conversation, which was condensed and edited for clarity, was part of a series of live Corner Office calls to discuss the pandemic and the protests. Visit timesevents.nytimes.com to join upcoming digital events.

Where does the Smithsonian stand when it comes to reopening?

Lonnie Bunch: The reality is that this is not business as usual. One of the great strengths of museums is they bring people together who don’t know each other to look at an artifact or explore an exhibition. Well, all that gets called into question this year. We will have to do something like timed passes to control the number of people. Because the one thing we don’t want is crowds of people standing outside, waiting to get in. That’s a recipe for disaster. But we’re also going to think carefully about how we social distance within the museum. We are going to have cleaning protocols. We’re going to expect everybody to wear a mask.

Should museums wait until events are squarely in the past to confront them? Or is there a need for institutions like your own to engage with these issues in something closer to real time?

Lonnie Bunch: Cultural institutions, regardless of the subject matter, have to be as much about today and tomorrow as they are about yesterday. And that really means that one of the jobs of cultural institutions is to collect today for tomorrow. We have people out collecting during the different protests. We have people around the country sending us the videos that they shoot on their cameras. But collecting isn’t enough. So we’ve created a major initiative that looks at race, community, and our shared future. It’s an opportunity for the Smithsonian to say, “How do we help stimulate local conversations around race?”

Many people say that this moment feels different, that it feels like there’s the potential for real change. As a Black man yourself, who is not only a student of history but a steward of history, does it feel different to you?

Lonnie Bunch: I am hopeful, but not always optimistic. I’m hopeful because I see how often African-Americans believed in an America that didn’t believe in them, how often they dreamed a world that wasn’t there yet, and then worked strategically with allies to make that happen. Who would have believed in 1820 that there would be no slavery? Who would’ve believed in 1920 that there would be no legal segregation? And so in a way, the opportunity to believe that change is possible is part of what is embedded in African-American history. But on the other hand, we also recognize the limits of that change.

On the surface, this is a different moment. I am taken by the diversity of people that are in the streets. I’m taken by the number of people throughout Europe saying, Black Lives Matter. I’m taken by the fact that some police chiefs and some police officers are recognizing that their institution has to change because it has reflected a kind of systematic racism where the police are considered not the friends of a community, but an enemy of the community. So all of that suggests that this just may be a time of transformation.

What I worry about is that after the Voting Rights Act and the Civil Rights Act and the Fair Housing Act, we also saw a law-and-order backlash. We saw people turning their attention away from finding fairness and dealing with racial justice to trying to bring law and order to control what they thought was an out-of-control community. And that led to mass incarceration. That led to people turning their attention away from what was the major point of the day. So I do worry a little bit that this could turn into that as well.

In your memoir, you recalled when President Trump visited the National Museum of African-American History and Culture. And you shared this detail that the president didn’t want to see anything “difficult.” I feel like that story is emblematic of this broader tendency in American culture where many people, again, simply don’t want to confront the reality of some of the things that have happened in this country. How do we get people to engage with these difficult chapters in our history, especially when the legacy of some of these incidents is still very much with us today?

Lonnie Bunch: Americans in some ways want to romanticize history. They want selective history. As the great John Hope Franklin used to say, you need to use African-American history as a corrective, to help people understand the fullness, the complexity, the nuance of their history. I know that’s hard. I remember receiving a letter once that said, “Don’t you understand that America’s greatest strength is its ability to forget?” And there’s something powerful about that. But people are now thirsty to understand history. I hear people all the time saying, “I didn’t know about Juneteenth. Help me understand about the Tulsa riots.”

This is of course playing out right now in real-time with the nationwide debate around taking down some statues and monuments. How do you think about what is appropriate?

Lonnie Bunch: The notion of simply pulling down statues means that you’re not really bringing historical insight. What you really want to do is use the statues as teachable moments. Some of these need to go. But others need to be taken into a park, into a museum, into a warehouse, and interpreted for people, because they’re part of our history. What is crucially important about this is that removing statues is not about erasing history. Removing statues in many ways is about finding a more accurate history, a history that is more keeping with the best scholarship that we have out there. So for me, it is about making sure we don’t forget what those statues symbolize. It’s about pruning them, removing some, contextualizing others, and recognizing that there is nothing wrong with a country recognizing that its identity is evolving over time. And as this identity evolves, so does what it remembers. So it does what it celebrates.

For years there was a view that museums were sort of temples, places where artifacts could be collected and preserved and perhaps interpreted in a scholarly way, and that was about it. That has changed over the years, and many now argue that museums are really places for public gathering, for dialogue and that it is appropriate for museums to really engage in the issues of the day and perhaps even take a point of view. Where do you fall on that?

Lonnie Bunch: I believe very strongly that museums have a social justice role to play, that museums have an opportunity to not become community centers, but to be at the center of their community, to help the community grapple with the challenges they face, to use history, to use science, to use education, to give the public tools to grapple with this. Museums always take a point of view by what they choose to exhibit and what they decide not to exhibit.

I’m not expecting museums to engage in partisan politics. What I’m expecting museums to be is driven by scholarship and the community. I want museums to be a place that gives the public not just what it wants, but what it needs. And if that means that museums have to take a little more risk, if museums have to recognize that they’ve got to do a better job of explaining to government officials, funders, why they do the work they do, then so be it. I would rather the museum be a place that takes a little risk to make the country better than a place where history and science go to die.

Who becomes the arbiter of what is appropriate to display in a museum? How are they making those decisions about how to present history?

Lonnie Bunch: It’s crucially important to recognize that in museums, you need to have people who care about a variety of subjects in positions of influence, like curatorial positions. That means that it’s crucially important to have a diversity, not just of race or ethnicity, but of ideas, to be able to sort of make sure that cultural institution is grappling with interesting questions that help the public. But I want to be candid. Twenty years ago, I wrote an article about the lack of diversity at museums. Today there is more diversity than ever before, but it’s still lagging behind corporate America, for example, which I never thought I’d say. So the challenge is for museums to live up to what they say they are, which are places that should model and reflect the best of what they expect from other Americans.

Related Topics:InterviewInterviewsLonnie Bunch
Up Next

Interview with the Writer and Director Armando Iannucci