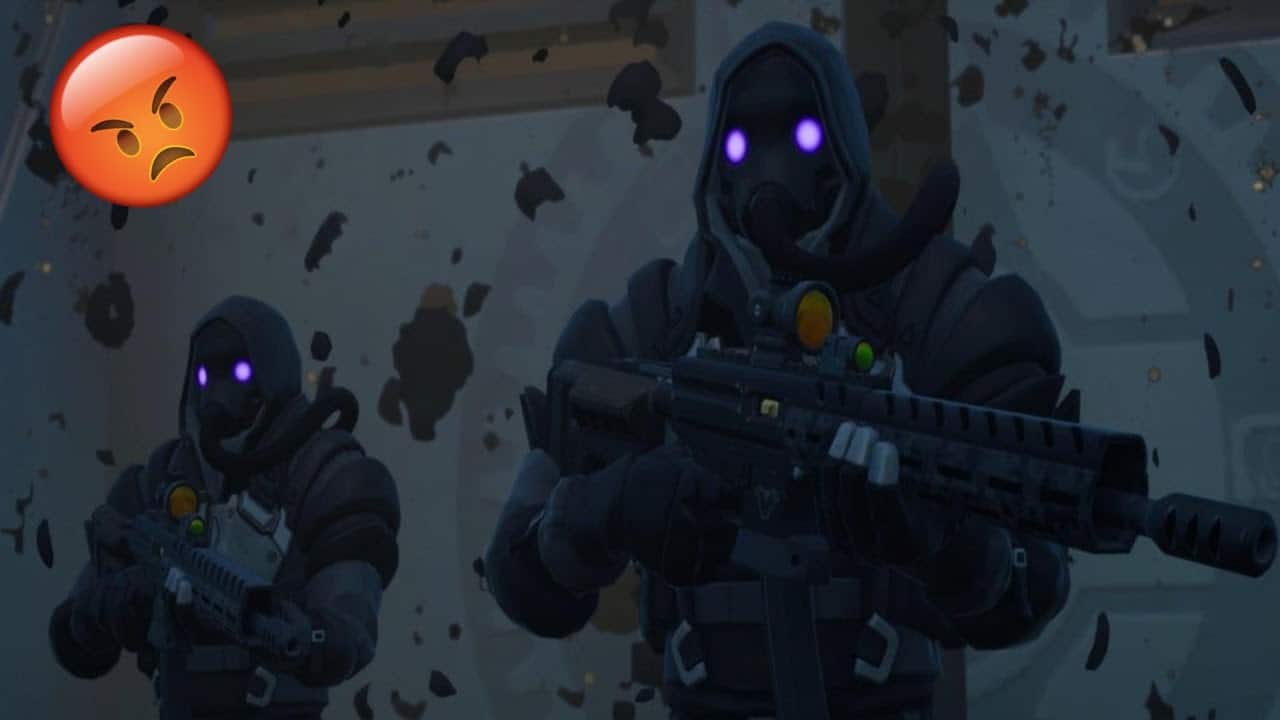 ESTNN analyzes some ultra-aggressive NPCs that should not be in competitive Fortnite.

Epic Games has had a strange history of occasionally listening to the competitive Fortnite scene and sometimes the exact opposite. A perfect example of the former occurred in Chapter 2 – Season 2 when grenade exploits were running rampant in competitive matches. Epic recognized the issue and removed grenades from Arena Mode and tournaments. Grenades have not returned since, which was a refreshing development, considering the developer’s shaky past. Unfortunately, some specific in-game mechanics have remained in competitions, much to players’ dismay.

Loot Sharks and Marauders from Chapter 2 – Season 3 also stick out as complete detriments to competitive fairness. Epic never removed either of those from Arena or tournaments, and we are seeing a similar situation unfold with the newly added IO Guards. Players both at the professional and amateur level are rapidly growing tired of these new relentless non-player characters (NPCs). The only hope for resolution is for Epic to acknowledge the issue and remove IO Guards from competitive Fortnite matches.

Why are IO Guards a Problem?

You may be wondering why IO Guards are such an issue. Imagine rotating across the map with insane loot, only to have three NPCs lay fire upon you until you eventually expend all of your mobility, ammo, shield and materials. IO Guards spawn with a 250 shield plus 100 health, making them challenging to eliminate as a solo player. It becomes even worse if you are fighting another player off the spawn; because IO Guards aggro easily. Once they lock onto a player, the NPCs push and fire bullet after bullet from their Rare Tactical Assault Rifles.

Perhaps the worst aspect is that IO Guards offer no real incentive to eliminate them. These relentless NPCs drop their Tactical Assault Rifles, some gold bars and occasionally some Mini Shield Potions upon elimination. Not many competitive players would opt to carry a Tactical AR over some of the other weapons available. Let’s not forget the exhausting and loud theme music that plays when IO Guards are near. In general, it makes more sense to run away from IO Guards to save yourself from using all your resources.

The clip above is an accurate representation of IO Guards, causing chaos in a competitive game mode. You will notice that this player has not intentionally started a gunfight with the NPCs and dies when trying to use a Rift Fish to escape.

Epic’s best course of action is to remove IO Guards from Arena Mode and tournaments to preserve the competitive nature of Fortnite. These NPCs don’t add anything of importance to the game and instead detract from player versus player in-game fights. We saw how impactful Marauders could be back in Chapter 2 – Season 3. Fortnite players are continually fighting an uphill battle as it stands. It will be a massive win if Epic decides to cut back on aggressive NPCs like IO Guards.

Stay tuned to ESTNN for more Fortnite news and updates!

Related Topics:esportsFortnite Esports
Up Next